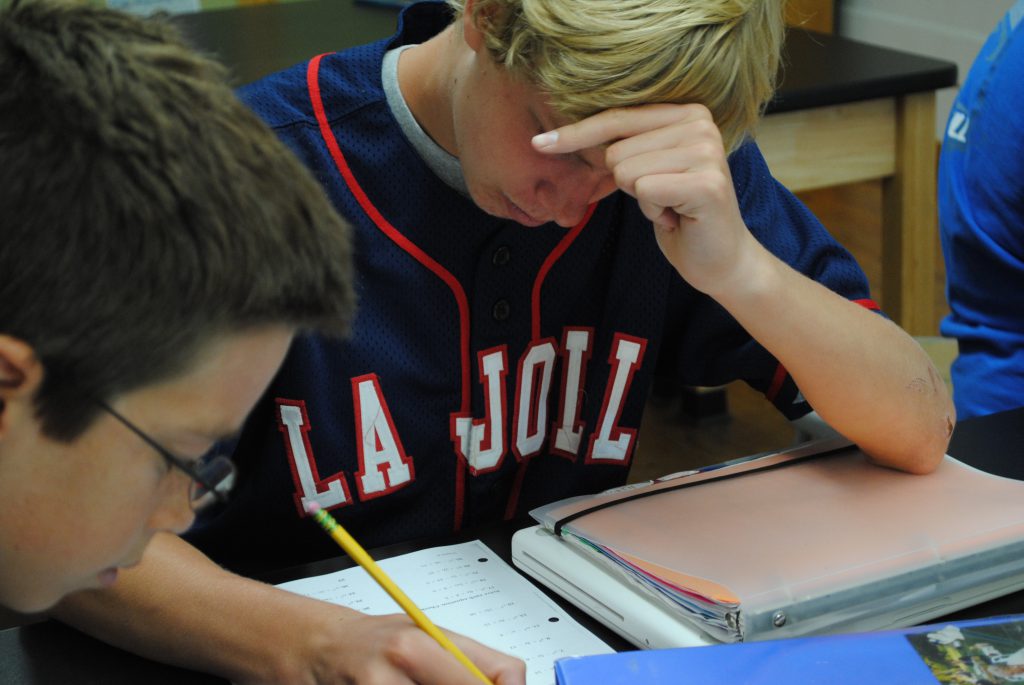 Never give up on what you really want to do. The person with big dreams is more powerful than the one with all the facts.
Albert Einstein

My 9 years old daughter has a love/hate relationship with math. When she gets it, she likes math. The problem is that if she doesn’t grasp it right away, she gets discouraged. She then thinks that she can’t do it and wants to give up.

When I was young I never learned the basics of math well. I’ve struggled with it to the point that I really hated it. Being raised with the idea that you possess a fixed capability to learn, I believed that I didn’t have a “math brain” and I just wished I was smarter.

So, when my daughter started to show aversion towards math, we knew we had to do something. Much to her dismay, we decided to have her do extra math daily. We explained to her that we did it, because we believed that she can do it, that she just needs to practice more. We told her that education isn’t about getting it at once and doing it perfectly, but rather making mistakes and learning from them. Not that it made much of a difference, to her it just felt like we were out to get her. But, at some point we noticed she was doing better at math. More importantly, she noticed it. She still didn’t like it, but she slowly started to believe that maybe she could do math.

This school year we have been very lucky with her new teacher. He tells the kids that they can learn anything and helps them to believe in themselves. Telling them, not only it’s ok to make mistakes, but that your brain actually grows most from making mistakes. And even though we have been telling her it’s ok to make mistakes, it wasn’t nearly as powerful as when her teacher said it.

Having someone else tell your child they can learn anything can be a powerful tool. Because of this wonderful teacher, we discovered Youcubed at Stanford. Here you can find all kinds of short videos about the science behind learning math (or anything else for that matter).
Jo Boaler, professor of math education at Stanford University, puts an end to the myth that a lot of people still believe about (especially math) having a “math brain” (or not). She shows kids how science has taught us that anyone can learn anything, that struggle and making mistakes are good, because it makes our brain grow. She tells how believing in yourself and not giving up are important to succeed and it doesn’t matter if you’re slow. It’s about understanding what you’re doing.
Whether you’d like to stimulate your child to believe in themselves or encourage your child to make mistakes and learn from them or your child just loves science, Youcubed is a wonderful resource.

Meanwhile, the best we as parents can do, is let our kids know that we believe they can learn math or whatever else. Professor Boaler (about 5 minutes into this video) gives a great example of an experiment in which students had to write an essay. All students received critical feedback on their essay. But half of them got one sentence extra, saying: I’m giving you this feedback, because I believe in you. These students did significantly better a whole year later with no other change.
Let’s encourage our kids to dream big and let them know we believe in them.